I have been collaborating with Andreas on a number of projects over the past few months. Currently we have one edition completed, another which has gone through an initial proof and is now at the colour proofing stage, and one that is at the very early stages of development.
For now I am only going to talk about the second project because it touches upon everything I love about working with an artist.
Back in October 2015 Andreas presented me with an old cooking book with a beautiful embossed cover. He wanted an impression taken from that book without any damage being done to the book itself. The easiest solution would have been to just ink the book up. With the help of Staff at UWE's fabrication centre I was shown how to make a silicon cast, which is what the first two images show. The third shows the cast inked up in Graphic Chemical water based ink (oil based ink will not stick to silicone). After inking up the plate I then had to carefully wipe around the lines with rags an cotton buds to remove any unwanted ink. The final image shows the print after all the wiping had been carried out. Initially the image was proofed in a similar colour palette to the book. Three proofs were pulled with the line drawing situated on a couple of different backgrounds. After sitting with the image for a while Andreas has decided to play with the images composition and scale, so that is what I will be proofing next.
I had never taken a cast off a book before or printed from silicone until this collaboration, and that is the reason why I collaborate. To learn and experience something new, to be set a new challenge and most importantly; enable an artist to create a new piece or body of work. 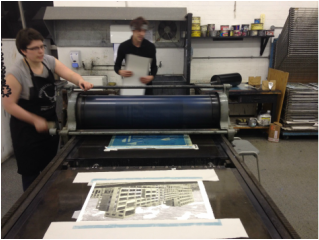 In the 2014 I collaborated with John printing a four colour woodblock on an offset press at UWE, Bristol. John had already printed this image using a more traditional printing technique but wanted a mirror image of his print to display next to it, which is why we printed on the offset press. John is an amazing artist and woodcutter so it was an absolute pleasure working with him on this project.

I have had the pleasure of working with Clare on a few projects and she was also the first artist I collaborated with after completing my training at the Tamarind Institute. Clare is an incredible artist to work with, our working style is very similar; we are not afraid of hard work and work at a fast pace. I thrive when I am challenged, which Clare must have picked up on because apart from one of our editions, which was printed in a studio the rest have presented many challenges due to the environment (printing in a grain barn) or the sheer scale of the work (see Printmaking Today, Vol 22 No 3 Autumn 2013 ). 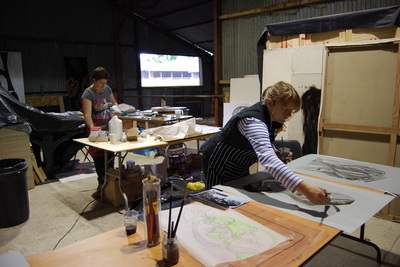 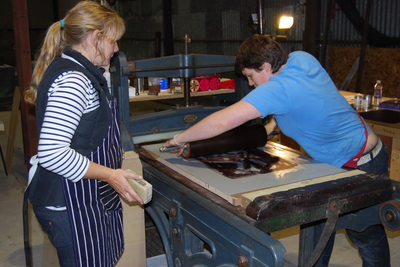 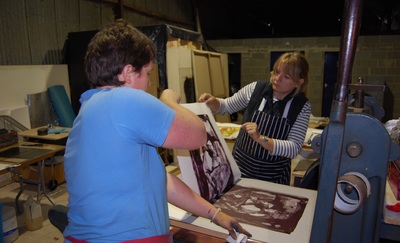 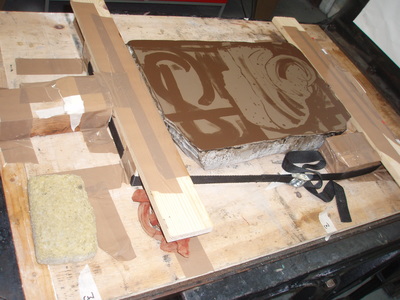 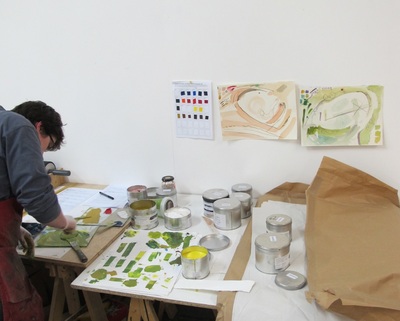 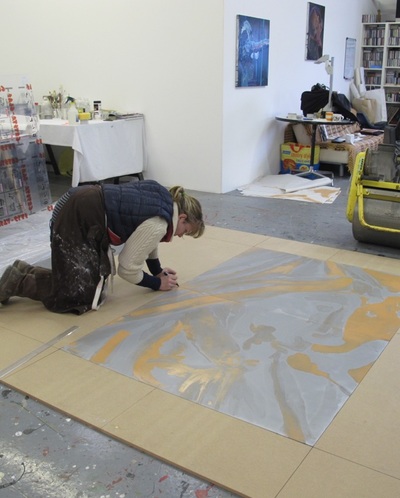 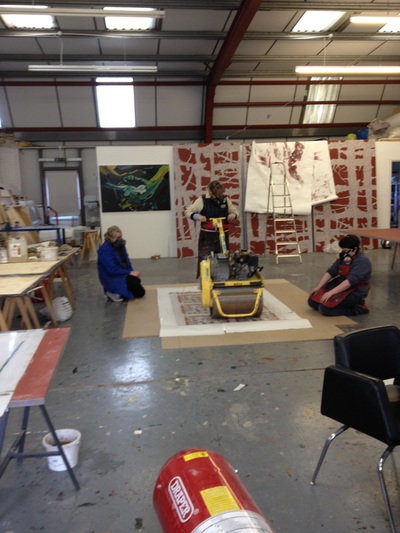 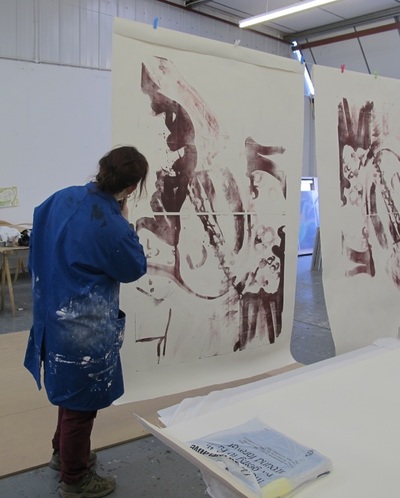 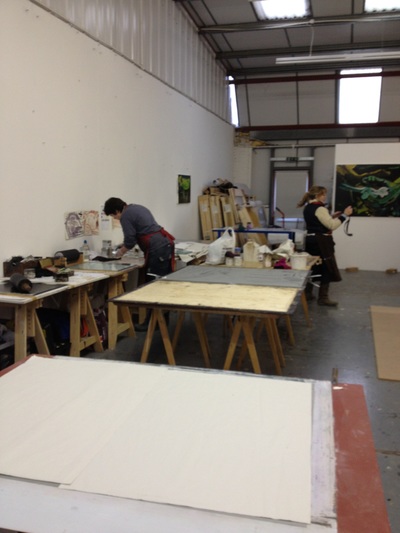